The golden age of Social Media Advertising is over. What next? 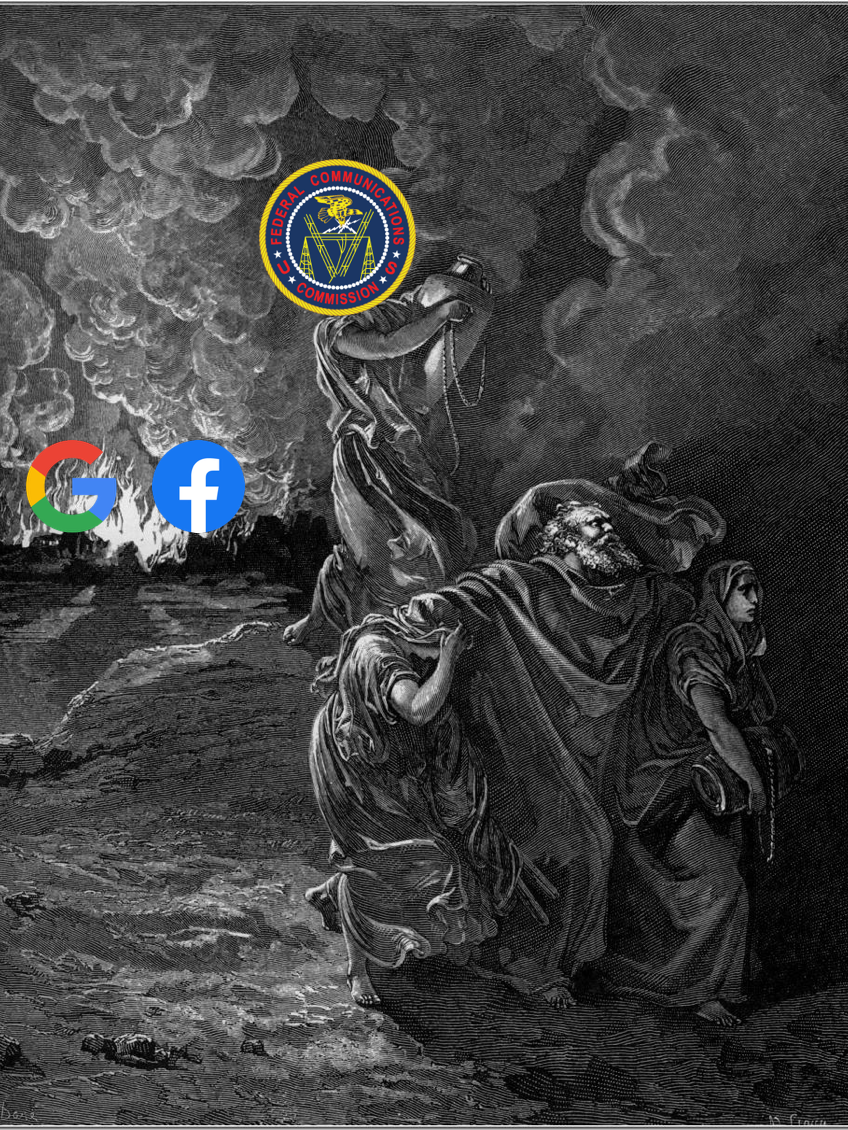 “Then the “FCC” rained down on “GOOGLE” and “FACEBOOK” brimstone and fire, and they overthrew those companies, and all of the (Silicon) Valley.” – Genesis 19:24

Have you ever felt like someone was watching you on the internet? Like, “Wasn’t I looking at boots online a week ago and now ads for every boot company in the world is suddenly on each webpage I visit?” Have you nodded in approval to headlines like, “Google proposes tighter standards around data collected for digital ads” or, “It’s an arms race: Publishers prepare for an anti-tracking-dominant future”.

For digital marketers, this is worrisome. No, alarming.

To keep a long and complicated story short, we got here because of the Cambridge Analytica scandal and the 2016 presidential election. Not sure what happened? In 2015, the Trump campaign hired Cambridge Analytica to develop targeting personas for their advertising. With the help of a research associate at the University of Cambridge, Cambridge Analytica developed a Facebook quiz to collect user profile data. They then exposed a loophole in Facebook’s API that allowed them to collect data from the Facebook friends of the quiz takers, exposing over 87 million users’ data. Facebook prohibited the selling of data collected with this method, but Cambridge Analytica sold the data anyway.

So what does all that have to do with advertising? Well, that huge dataset allowed the Trump campaign to spend significantly less on advertising than their opponent, while targeting the most susceptible groups to their ads. Second, it exposed some glaring problems with social media advertising and data privacy.

After the Cambridge Analytica scandal was exposed, it didn’t take long to hear an uproar from Facebook users. Brands noticed the negative impact this had on associations with Facebook and acted quickly. DuckDuckGo (a site that doesn’t track user data) saw a ~30% surge in traffic. Apple embedded ad blockers on Safari. Firefox announced it was blocking all third party cookies.

That last one is what is freaking out a lot of marketers. 3rd party cookies are the little trackers created by domains other than the one you are visiting directly. They are used for cross-site tracking, retargeting and ad-serving. For example when you visit Nike.com to look at a pair of shoes and start to see ads for those shoes on Facebook.

Google’s ad team ran an A/B test across 500 of its global publishers on the Google Ads Platform. They disabled cookies on randomly selected percentages of each publisher’s traffic. The results showed that when advertising is made less relevant by removing cookies, publishers lose an average 52% of revenue. Now if you are a company that relies heavily on advertising you are likely going to go somewhere else and for Google that isn’t a good thing because they also rely HEAVILY on advertising. Looking at where Apple and Google get their revenue, it’s pretty apparent they need you to keep advertising. 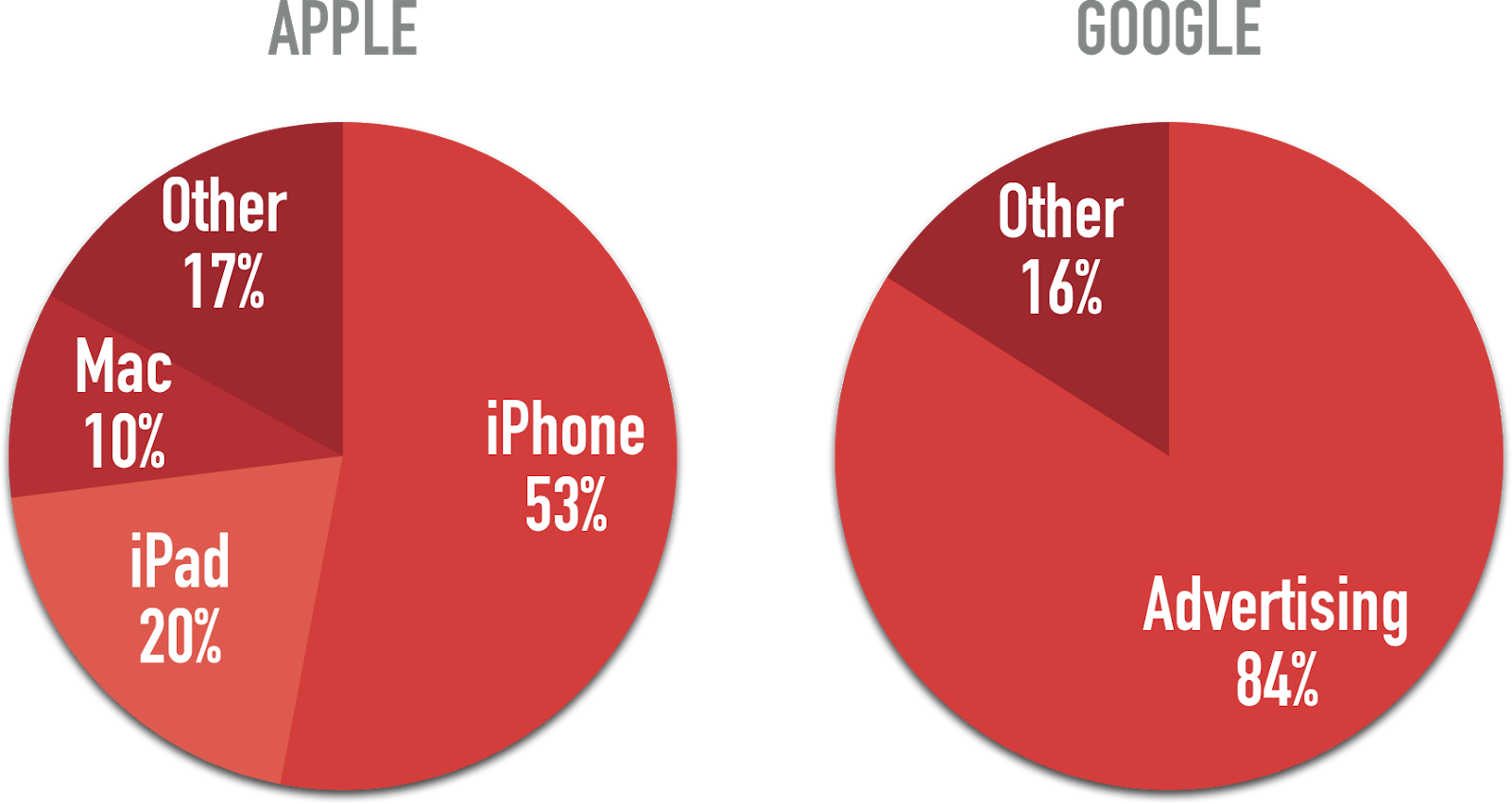 At Google’s I/O Conference they announced their plans for data privacy.

Beyond that they announced a new initiative called “Privacy Sandbox” to find a solution that both protects user privacy and also helps content remain freely accessible on the web. But they say it’s going to be a long process and not something that happens overnight. So until they solve the problem of data privacy and tracking for advertisers, what will we see in the market?

A shift away from direct-response, retargeting, and cross-site advertising and a rise in contextual advertising and content marketing is what’s on the horizon if these changes to tracking keep going at this pace. From an advertiser perspective this is all well and good if you are prepared and know where you are getting your data. But if not, it might be time to invest in some good copywriters and brush up on your content marketing skills.

From a consumer perspective, this is great news if you are worried about your data being private but this still only affects 3rd party tracking of your data. Facebook for example still has all the data from your profile and user activity on Facebook, Instagram, and WhatsApp. And Google has all your data from pretty much anywhere you go on the web if you are using chrome.

Short of going off the grid, there are some precautions you can take to limit the amount of tracking you are victim to (Cookie Tracking) but the fact is if you are on the internet, you are being tracked.

And that’s not necessarily a bad thing.